The California Equal Pay Act has been in force since 1949, prohibiting employers from paying employees who perform the same work different wages based on the employee’s gender.  Despite the law, however, female workers’ wages continue to stagnate behind their male co-workers, estimated at 80% of the male co-workers’ wages.  As such, California legislature has continued to pass legislative initiatives and updates aimed at remedying this disparity.

One law aimed at addressing wage disparity is the prohibition against employers asking applicants about their salary history.  Furthermore, the law also prohibits employers from using salary history in making hiring decisions.  It does not, however, restrict employees from volunteering their salary history without prompting from the employer and the employer considering such history in setting the employee’s salary once volunteered.  Still, such history cannot be the sole factor in disparity between male and female co-workers.

One of the provisions of the California Equal Pay Act received further clarification with a recent legislative update.  The law required employers to provide a pay scale for the position sought to an applicant upon reasonable request.  Previously, the key terms such as “applicant” and “reasonable request” were undefined by the statute.  A recent update has provided definition for these terms.  “Applicant” is defined as “an individual who is seeking employment with the employer and is not currently employed with that employer in any capacity or position.”  “Reasonable request” is defined as a “request made after an applicant has completed an initial interview with the employer.”

There are certain acceptable reasons for disparity in pay.  For example, employers may pay similarly situated employees differently based on seniority or merit system.  Different pay may also be justified on quantity or quality of work.  There is also the broad catch-all of a “bona fide factor other than sex, race, or ethnicity.”  Employer relying on such bona fide factor would have to show some reasonable basis for disparity in pay based on business necessity.  Also, employers may not prohibit employees from discussing their salary amongst themselves.

With continued focus on pay equality, entrepreneurs will have to ensure their pay structure and hiring practices comply with relevant state and federal requirements, notes Cyrus Batchan.

*** Cyrus Leon Batchan is a business consultant in Sherman Oaks, California. He has significant “hands on” experience with hospitality businesses. Currently, he is involved in the hospitality businesses Lock & Key, Nightshade, Skylight Nha Trang, and East-West Brewery (as Advisor). Mr. Batchan grew up in a restaurant family and worked every job from dishwasher, cook, delivery driver to bartender. Initially, he managed an investment fund developing real estates all throughout the greater Los Angeles Area. In 2013, he opened Lock & Key, an upscale lounge, in Los Angeles. Most recently, he has been involved in Nightshade, the first restaurant for Top Chef winner Mei Lin along with partner Francis Miranda of N°8. The expansive space, which goes into the former Cerveteca, will feature a pan-Asian menu infused with modern touches and California sensibilities, with Lin herself calling the experience “fine food in a casual setting.” Think fine dining touches and plating with flavor influences from Italy, Japan, and China.


Cyrus Leon Batchan is a business consultant in Sherman Oaks, California, focusing on restaurant and bar businesses. He has significant “hands on” experience with businesses. Cyrus Batchan received a Juris Doctor Degree from the University of San Diego, California. Website: https://cyrusbatchan.us
at May 03, 2019

Cyrus Batchan, California Business Consultant The factual background of the case is laid out in the opinion: “On August 6, 2012, plainti... 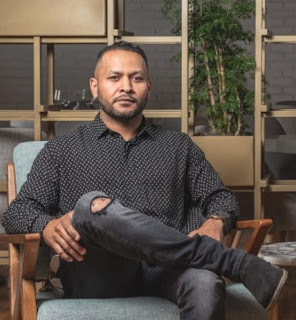 Cyrus Batchan
Cyrus Leon Batchan is a business consultant in Sherman Oaks, California. He has significant “hands on” experience with businesses. Currently, he is involved in the hospitality businesses Lock & Key, Nightshade, Skylight Nha Trang, and East-West Brewery (as Advisor). Mr. Batchan grew up in a restaurant family and worked every job from dishwasher, cook, delivery driver to bartender. Education Mr. Batchan received a Juris Doctor Degree from the University of San Diego, California, in 2007. During law school, he was the Class Representative for the SBA, Director of the Outreach Program for at-risk teens, and received the First Year Outstanding Oral Argument Award.